When I started cycling in 2011, MTBs were the rage in Pune. I aspired to own a Trek 4300, and did get one. Then it stood in my balcony for a couple of years, after which I started cycling again in 2014. But then, MTBs were not really in fashion, and hybrids and road bikes were taking over. I started riding more frequently, and eventually bought a Bianchi road bike. I also ended up selling my Trek 4300, in exchange of a Marin Fairfax SC1 hybrid. 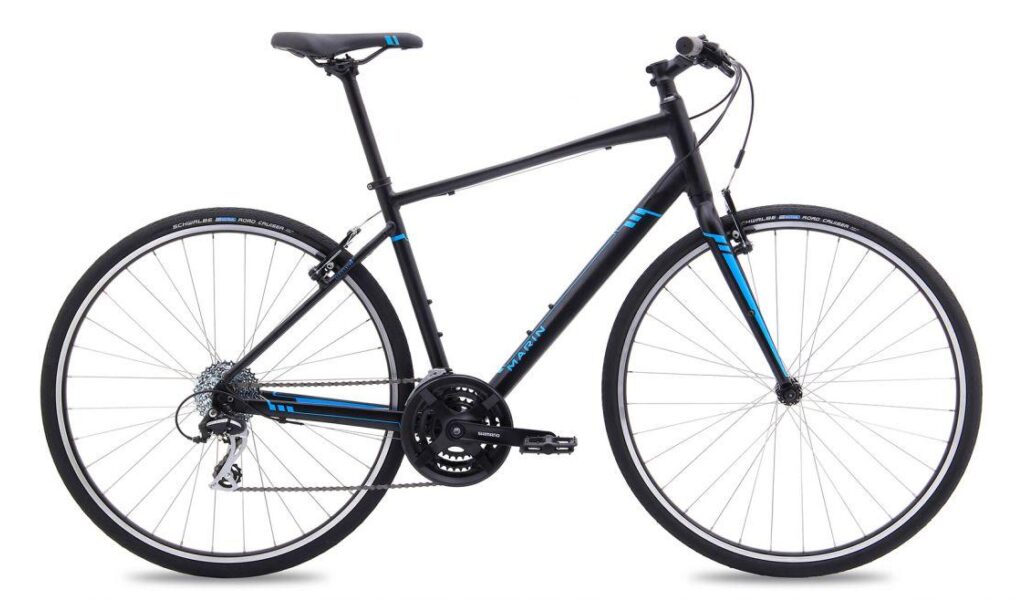 The Marin Fairfax SC1 is a great value hybrid, and perfect for almost all recreational cyclists. Priced around INR 30k, the SC1 provides a great mix of a lightweight aluminium frame with internal cabling, good wheels, a comfy seat and with a good MTB drivetrain. The 32mm tires make it fast and comfortable on paved roads as well as the broken ones.

However, the more I used it, the more I realised that I didnt really like the wide handlebar. In my case, I isolated the issue to be the perceived weight distribution between the wheels. I felt that the riding position made the front lighter than I would have liked, which made the bike feel more skittish than it should have. I always felt a little tweaking could make the SC1 even better.

Some change in the handlebar setup, and hence the riding position, could make a difference. So I decided to make some changes myself. My first instinct was to use bullhorns, so that I lean more forward onto the front wheel, increasing the weight on the front.

I bought a bullhorn handlebar from a friend in Pune. Since the setup was not proven, I did not spend on anything else, instead just decided to use the MTB shifters and brake levers.

The problem with re-using the MTB integrated shifters and brakes was that they would not fit the right way on the bull-horns. So, I turned them around and put them on like the photo below. The solution worked well. The changed riding position made me lean forward, and increased the weight on the front wheel. That made the bike more stable, and hopefully a better handler. I took the modified bike to our annual monsoon ride. It proved to be a much better handler than earlier. The monsoon ride was fun. Here's a video showing the exact position and use of the brake levers.

However, the position of the brakes and shifters made it difficult in traffic. Reaching down to the brake levers took a little effort and time. The setup was not really suitable for the Pune traffic. So there needed to more changes. More in the next part.....